Throughout the World Series of Poker Main Event this year, we’ll be asking members of Team PokerStars Pro for their memories of their first WSOP visit, and for details of what they’ve learnt since then. Next up: our Brazilian sensation Andre Akkari.

What were your impressions?

Then: It was mindblowing. I was trying to become a professional poker player. I was dreaming about it. You see all the shows on ESPN, but it’s completely different when you get here. When you get here and you see the full scenario: all the tables and all the players, it’s completely incredible. I remember that I was impressed. It was a decision point for me to become a professional poker player.

Now: It feels a little bit different after so many years. After I won the bracelet as well. I am still excited. I still get excited when the summer in Vegas is coming. But it’s never the same as the first time. Then, I was crazy. 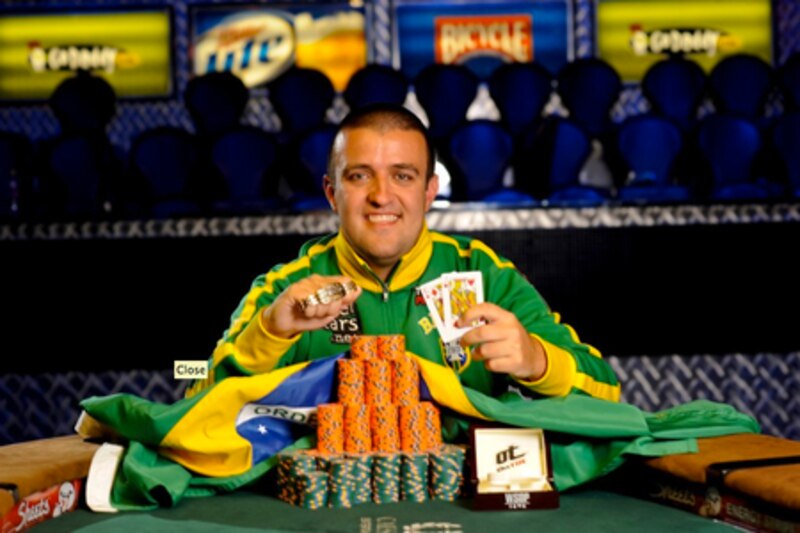 Then: Ha, this is funny. The first time I stayed in Hotel Tuscany, like a flat or an apartment at the end of Flamingo Road. It was far away from here, but it was $22 per night. It was what I could afford.

Then: The good point about 2007 is that the poker was very different. The average skill level was completely different from now. I had a bigger edge in 2007, a big advantage. What has happened in your career since your first WSOP?

Some pros, they register for all the events and then they take cash out if they don’t play. That’s not a smart idea, I don’t think. It’s not intelligent. We have limits. We have psychological limits, we have physical limits. And we have to respect that because it’s money, and it’s expensive. If you want to succeed in poker, it’s going to be expensive.

There are events with $1 million buy-ins. You have to keep your mind. In the first three years that I came, I was crazy like everybody else. I got some luck, because I won the bracelet. I got $600,000 profit in one year. But there have been some years that I lost $60K, $70K because I was playing two events in the same day, three events. I’d play two events here, bust and play the Venetian. You cannot handle that.

I learned that, besides all the poker techniques. I learned the psychological way to be in Vegas for two months, self-control.

Is there anything you miss about the early days?

The human being is funny. Some small things that got you excited 10 years ago is not exciting any more. It’s terrible. You have to keep tracking these things and bring it back to see how great it is still. Three days ago, I was 23 left in the $5K. If I think what that would have been like 10 years ago, my heart would be exploding. Now it’s just OK. Then I busted, and it was still OK. It’s one more day. But it shouldn’t be like this. There are so many people who follow me on social media, their dream is to be here. In some way you have to respect that, and enjoy it. Sometimes you forget that it’s Wednesday 2pm and you’re playing poker in Vegas. I keep insisting I don’t forget things like this. In 2018 I’m able to forget more things than in 2007. I keep putting more pressure on so I don’t forget.

What advice would you give a first-timer?

Be careful. Plan for your money. Vegas is great to bring your family, great to bring your wife, your girlfriend or boyfriend, so many restaurants and shows. But you also have gambling. Everywhere. I see so many Brazilians who come here and they lose a lot of money and then they lose sight of poker. You are being offered roulette, blackjack, and then tournament after tournament after tournament. You have to be excited and enjoy that, but you must play the best poker that you can. This is a mind sport. It’s not about gamble, gamble, gamble. If you are weak on this point, you are going to be in trouble. In some way Vegas is going to catch you.

I don’t gamble at all, but I see so many friends making these mistakes. Before you come here, make your plan, then take your money and play those tournaments. Don’t be tempted by anything else.