The 2018 World Series of Poker (WSOP) Main Event is down to its final nine, and while some compelling storylines came to an end on a thrilling Day 7, others have endured through to the final table of poker’s most celebrated tournament.

There was also the single most dramatic end to a day in World Series history as pocket aces went up against two pairs of pocket kings in two players’ hands to end proceedings and leave us with a final table. Final hand on Day 7 of the WSOP

There’s no question who will occupy centre stage tomorrow: Joe Cada, the 2009 WSOP Main Event champion, is returning to the scene of his greatest triumph and will have the chance to better his $8,547,044 victory from nine years ago. No player can ever really expect to make two WSOP Main Event final tables, and certainly not in the modern era of fields of many thousands of players. But having defeated a 6,494-strong field, aged 21, to become the youngest ever champion, Cada, from Shelby Charter Township, Michigan, is now still in the last nine of this 7,874 player field. The first prize is $8.8 million this time around, and Cada is in the middle of the pack with a stack of 23.7 million.

The other standout storyline is that of John Cynn, who finished a heartbreaking 11th in 2016 but has already now completed the first stage of his redemption. Cynn has this time made it to the final nine and will go looking for the first title of his career over the three days of final-table play that begin tomorrow at the Rio Hotel & Casino, Las Vegas. 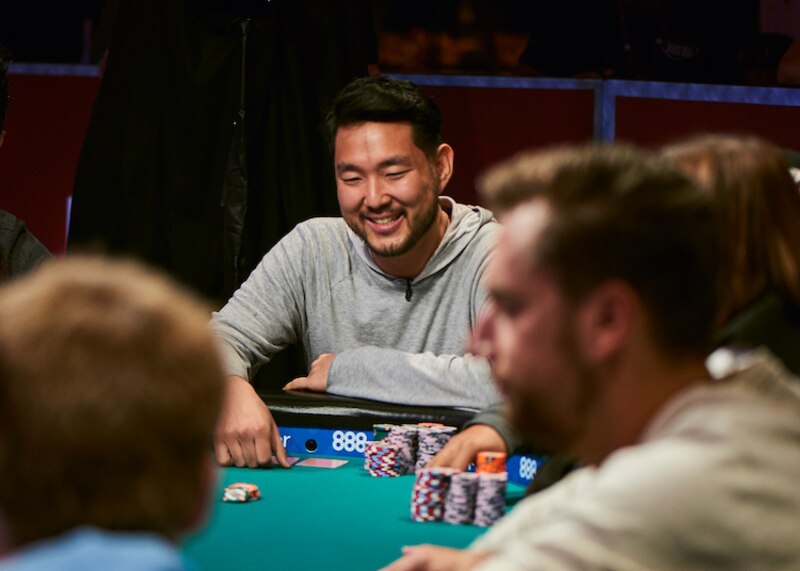 There are players from four countries represented at the final table, with Ukraine’s Artem Metalidi joining Alex Lynskey, an Australian who was born in the UK, France’s Antoine Labat and five Americans in the last nine. The chip leader is Nicolas Manion, who won an enormous pot just before midnight to surge to 112.8 million and get the Amazon Room rocking.

This was an extraordinary climax, the kind of thing that would be described as rigged if it happened in the online game. China’s Yueqi Zhu was first to get his full stack in. It was followed by that of Manion and then Antoine Labat. 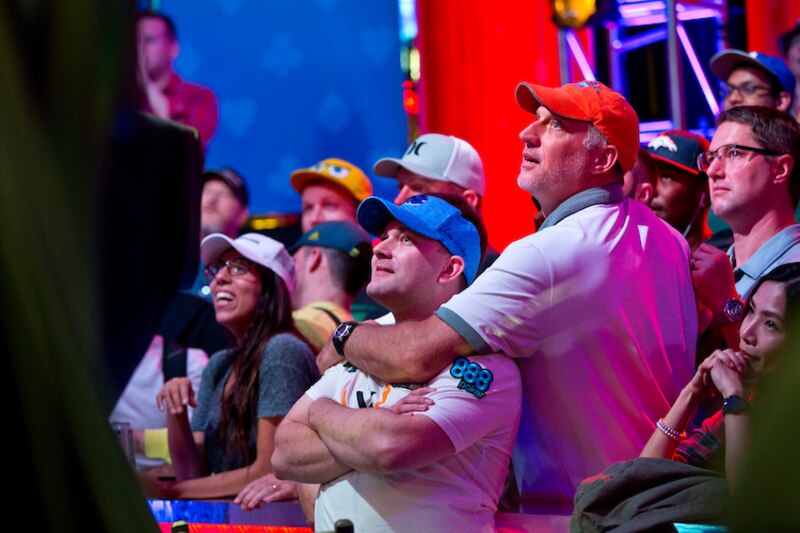 Zhu had K♥K♠ and was up against Labat’s K♦K♣ and Manion’s A♠A♥. There was no miracle on the board and Manion tripled up, eliminating Zhu and ending the night. No player has previously entered the Main Event final table with more than 100 million chips, but this time there are two. Manion’s massive late win put him ahead of Michael Dyer’s 109.2 million.

All nine remaining players are now guaranteed at least $1 million. The full line-up is as follows. The payout schedule is below. 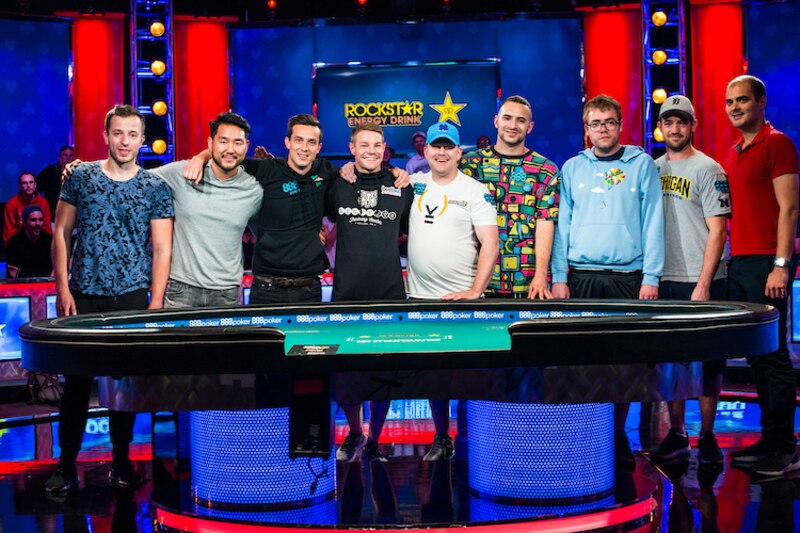 The final table was set at around 11.40pm local time when that major collision took place. By that point, 16 of the 26 who returned overnight were already on the rail, including Sylvain Loosli, who missed out on his own attempts to return to a WSOP Main Event final table. Loosli previously finished fourth in 2013 for $2.8 million, but had to make do with $375,000 for 18th this time. Sylvain Loosli: No return to the final

Elsewhere on a hectic day at the World Series, Phil Hellmuth extended his lead at the top of the all-time WSOP bracelet winner’s list with his 15th career triumph.

Hellmuth won Event #71, the $5,000 no limit hold’em turbo, defeating 452 players and winning $485,082. Hellmuth has now won five more bracelets than anybody else, pulling him further clear of Phil Ivey and Doyle Brunson, who have 10 apiece. Hellmuth was the beneficiary of a huge slice of fortune when he doubled up during heads-up play against Steven Wolansky. Hellmuth’s K♦10♦ was dominated by Wolansky’s K♥J♥ but a ten on the river kept the Poker Brat alive. He sealed the title soon after when his pocket threes flopped a set against Wolansky’s A♦9♣.xz

The first stage of the Main Event final table plays out tomorrow from 5pm PT, with the field due to be cut from nine to six. They will then play down to three on Friday, with the winner crowned Saturday night.

Two Miles: Jim and Tony
Is Hellmuth closing in on bracelet #15
As England departs World Cup, a new hero emerges
From the archive: Kassouf is finally silenced
Short stories of long nights at the poker table
The payout process
Then and now: Jake Cody
From the archive: K.L. Cleeton’s inspiring run
Inside the ideas factory: Jason Somerville’s Run It Up Studios
Stop, start, break, start, bubble for Matt Hopkins
Then and now: Barry Greenstein
A comprehensive guide to the WSOP bubble
Untangling the cake riddle to discover the key to Liv Boeree’s heart
Meet Muskan Sethi: India’s presidential poker ambassador
Then and Now: Daniel Negreanu
A flippin’ fantastic way to enter a poker tournament
Jeff Gross: A momentary pause in the perpetual motion
From the archive: Stages
Moneymaker surveys the world he created
Negreanu continues preparations for PokerStars Players Championship
Then and Now: Andre Akkari
Then and Now: Maria Konnikova