WSOP 2018: Fireworks, feasting and Day 1C of the Big Dance

The 2018 World Series of Poker (WSOP) Main Event is now two days old. And yet we haven’t even finished Day 1. Such is the nature of the beast here in Las Vegas that we have three opening flights to accommodate the thousands of players who join every year, and Day 1C is typically the largest of them all.

The important word in that last sentence is “typically” because there’s a chance this time that Day 1C numbers might be slightly down. That’s because today is July 4 in the United States, a national holiday and time for much rejoicing. There’s a significant chance that many American players will prefer fireworks and feasting to a day at the felt. Last year’s Day 1C attracted 4,262 players, but will we get there again?

This hunch is perhaps corroborated by looking at yesterday’s turnout, which became the biggest Day 1B in World Series history. There were 2,378 players sitting down to play, of whom 1,801 made it through the five levels. The previous biggest Day 1B was last year, when 2,164 played. 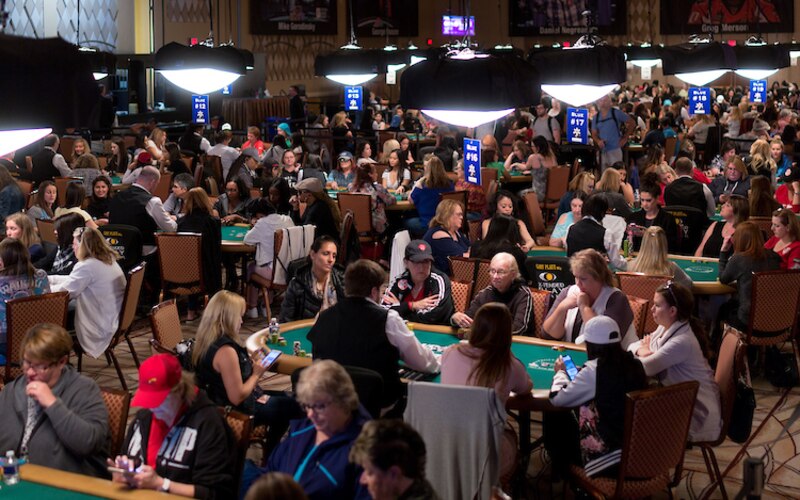 Yesterday’s turnout therefore represents a near 10 percent increase on last year’s Day 1B figure, and there was an even bigger uptick in Day 1A players. The hike from 795 in 2017 to 925 this year is a 16 percent rise. In most circumstances, that would bode well for an increased total turnout, but we’ll have to see if the holidays has any effect. If it doesn’t, and instead the Day 1C numbers continue the overall positive trend, we could end up with the biggest WSOP Main Event for more than a decade.

Registration is open through the first three levels today so we’ll know our total sometime this evening. The total of 7,319 from 2010 is legitimately in sight.

Day 1B players start/finish from 2012

Yesterday’s chip leader was France’s Smain Mamouni, who finished with 311,000. He was one of three players pushing through the 300,000 mark, and was followed by Samuel Bernabeu, of Spain, and Barbara Rogers, from the United States. There’s a pretty good chance (though I’ll need to check) that Rogers bagged the biggest first-day stack of any woman in WSOP history. There has never been a female leader after any Day 1 to my knowledge. As you can see in the table above, the percentage of players progressing from Day 1B was right on the average. Since the WSOP adopted the 50,000 starting stack, between 71 and 77 percent go through from Day 1, and specifically 75 or 76 percent from Day 1B.

Only one member of Team PokerStars Pro took their shot yesterday, and it didn’t go so well. Jason Somerville (for it was he) was full of excitement when he joined the Big Dance…

…but his ambition to “just bag” proved to be too lofty. Six hours later it was all over for Somerville, and he becomes the first Red Spade to be eliminated from competition this year.

no deep main event run for me this year, made a few mistakes to get shortish before busting with 8T vs KQ on 887Q. may play a few more of the postlims!

thanks for the love everyone!

To be fair to Somerville, that’s mainly because the vast majority of Team Pro’s representation haven’t yet taken to the felt. They will be out in force today, though, with all of Daniel Negreanu, Chris Moneymaker, Liv Boeree, Jeff Gross, Jake Cody, Fatima Moreira de Melo, Igor Kurganov, Barry Greenstein, Leo Fernandez, Celina Lin, Aditya Agarwal, Muskan Sethi, Randy Lew and Kevin Martin starting their campaigns. We’ll do our best to track their progress. 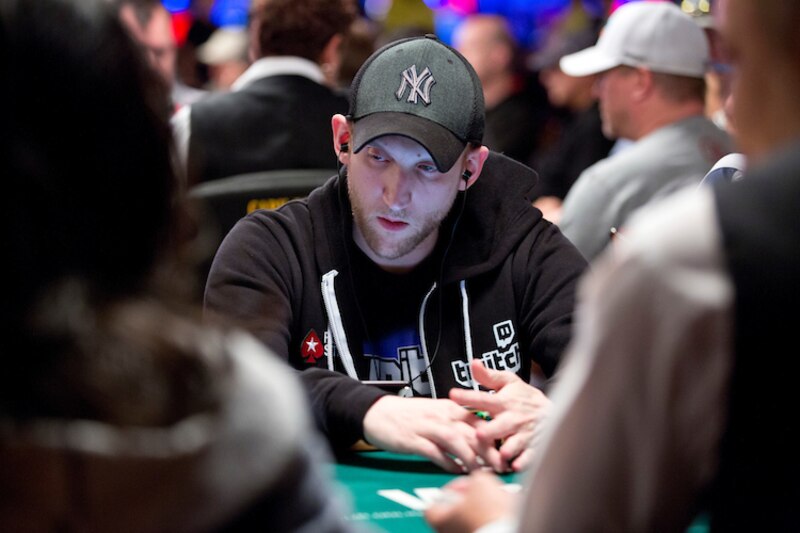 No joy on Day 1B for Jason Somerville

Play begins at 11am. In the meantime, have a spin through some of our previous coverage in the links below.

Negreanu continues preparations for PokerStars Players Championship
Then and Now: Andre Akkari
An exceptional Day 1A
From the archive: Rio here, Rio there
Then and Now: Maria Konnikova
All systems go on ‘cattywumpus’ World Series

Howard Swains
howardswains July 04, 2018 in Uncategorized
Howard Swains is a freelance journalist based in London