Good morning all and welcome back to Las Vegas for Day 3 of the World Series of Poker (WSOP) Main Event.

After another punishing Day 2–split over two days–the full field converges for the first time today in the Amazon, Brasilia, Pavilion and Miranda Rooms of the Rio convention center. They need the space. There are a combined 2,786 players sitting down today, who are the survivors from this mammoth 7,874 field.

If our models are correct, there will be only about 1,114 players remaining at the end of the day (based on the prediction that 40 percent of players will progress) and that puts us in slightly dangerous territory as far as the structure is concerned.

The bubble almost always bursts in the late stages of Day 3, precipitating a rush to the payouts cage. But with 1,182 players due to make the money this time, and only five levels scheduled, it seems probable that we enter hand-for-hand play in the final level of the day.

That will then present a problem for tournament organisers: do we extend Day 3 and play on into the money regardless, or do we send a slimming field home for the night and tell them to come back tomorrow in the knowledge that not all of them will cash.

It’ll be a tough call, and will likely be made only as we gather more information as the day progresses. Ignacio Sanchez: Leading them all

As for Team PokerStars Pro, eight players fly the Red Spade into Day 3, looking for a place in the payouts. They are led by the wily veteran Barry Greenstein, who has 225,100, slightly ahead of Liv Boeree’s 199,300. 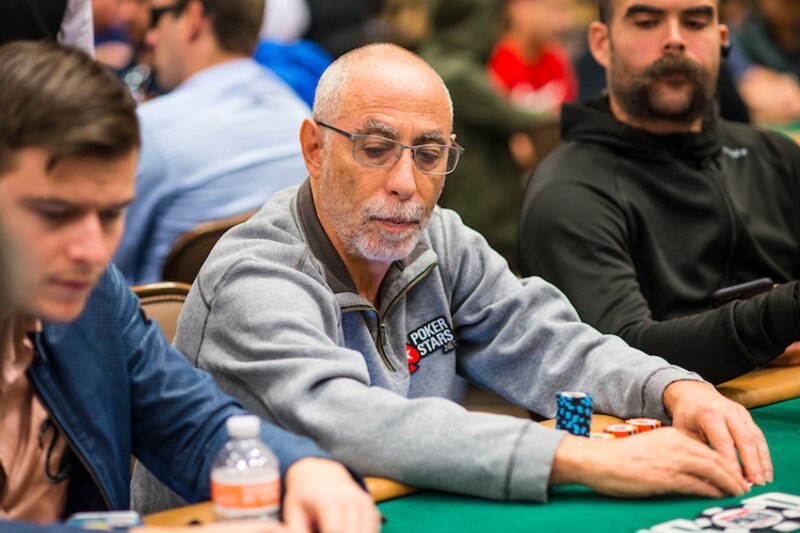 We have an even four/four male/female split in the ranks, while there are also five nationalities represented: three from the United States, two from the UK, then one each from The Netherlands, India and Argentina.

We will check in with them throughout the day, and also take a look in on some of our Platinum Pass winners who are playing. One of those is the aforementioned Konnikova, but we also have:

Based on previous years, tonight’s leader will likely have around 33 times the starting stack, so several players will be through the million-chip mark tonight, and a leader will have in the region of 1.65 million. Only five more levels of turbulence will help us fill in the details.

From the archive: Blood, sweat and other bodily fluids
Untangling the cake riddle to discover the key to Liv Boeree’s heart
Meet Muskan Sethi: India’s presidential poker ambassador
Then and Now: Daniel Negreanu
“Thanks Daniel” — A letter to Negreanu from Phil Galfond
A flippin’ fantastic way to enter a poker tournament
Jeff Gross: A momentary pause in the perpetual motion
From the archive: Stages
Moneymaker surveys the world he created
Negreanu continues preparations for PokerStars Players Championship
Then and Now: Andre Akkari
From the archive: Rio here, Rio there
Then and Now: Maria Konnikova
All systems go on ‘cattywumpus’ World Series