The identity of the first player to win more than $2 million from the 2018 World Series of Poker (WSOP) Main Event is now known, but it’s the one man for whom such a sum represents more disappointment than success.

Joe Cada, the 30-year-old pro from Shelby Township, Mich., is out in fifth, falling agonisingly short of a remarkable double. As all poker fans already know, Cada was the 2009 WSOP Main Event champion and his progress to the final table again was the single most compelling narrative of this remarkable tournament. 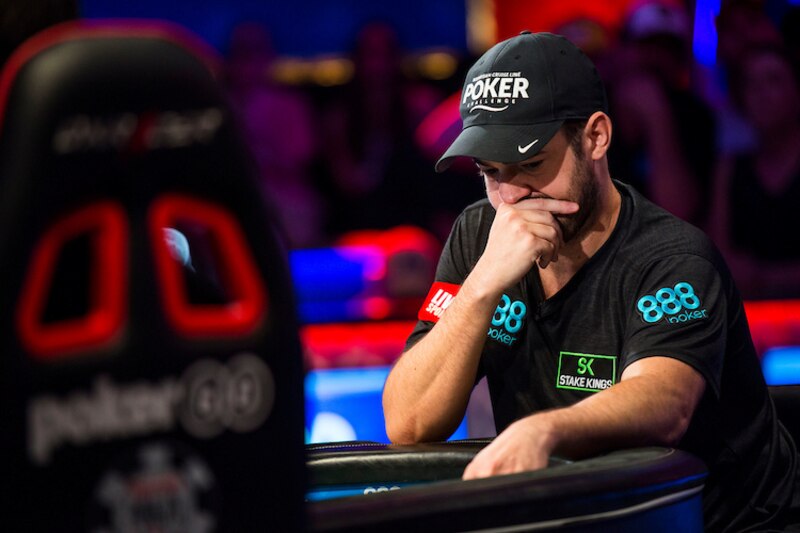 Joe Cada: End of the road for the 2009 champion

Having outlasted a field of 6,494 to win $8,547,042 nine years ago, as a fresh-faced 21-year-old, Cada beat 7,869 this time. But crucially four others were still left when Cada took his long walk down the Rio Hotel & Casino’s Convention Center corridor, dodging reporters, and the double dream is now over.

Cada’s final hand was an enormous flip: Tony Miles had A♥K♣ to Cada’s 10♠10♥. The got it in pre-flop for Cada’s 47.65 million stack. The K♠ fell on the flop and Miles’s supporters erupted, and celebrated afresh when the rest of the board ran out blank. 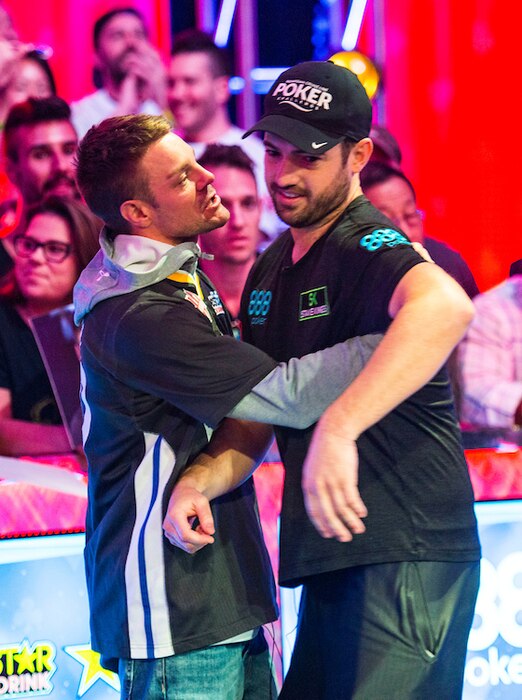 Joe Cada, right, is comforted by Tony Miles at the end of his Main Event

Miles could have knocked Cada out earlier, but he folded pocket sevens to Cada’s three-bet shove (with Michael Dyer also in the hand). Cada had pocket fives. But Miles’s patience paid off as he now has a nine-figure stack too: 104.450 million with which to challenge Dyer’s supremacy. 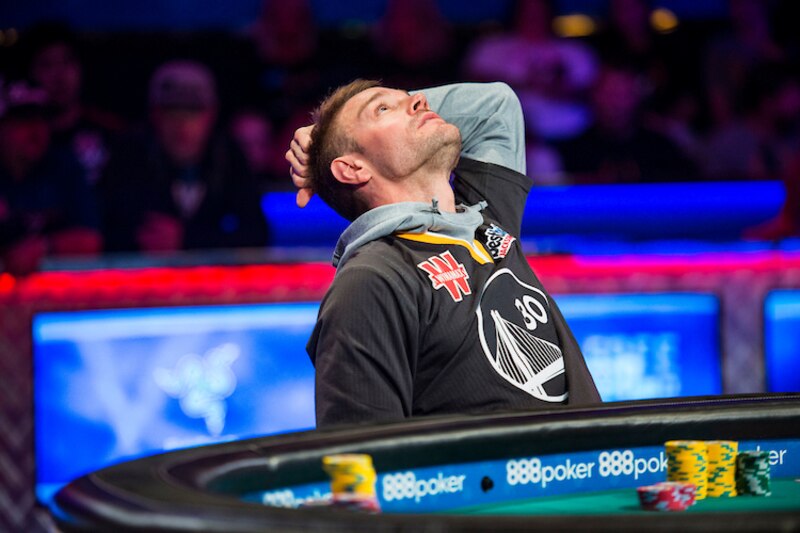 Tony Miles: Is this real life?

As for Cada, who won the third WSOP career bracelet at the beginning of this series, he is going to feel sick to his stomach. But it was a history-making run even so. His career earnings now close in on $13 million, and he has proved yet again that he deserves mention in conversations about the very best.

Party shifts from Amazon Room as Lynskey departs
Metalidi takes the fall as Zobian hits twice
Antoine Labat killed by the kings that once saved him
Final table player profiles
Two Miles: Jim and Tony
Is Hellmuth closing in on bracelet #15
As England departs World Cup, a new hero emerges
From the archive: Kassouf is finally silenced
Short stories of long nights at the poker table
The payout process
Then and now: Jake Cody
From the archive: K.L. Cleeton’s inspiring run
Inside the ideas factory: Jason Somerville’s Run It Up Studios
Stop, start, break, start, bubble for Matt Hopkins
Then and now: Barry Greenstein
A comprehensive guide to the WSOP bubble
Untangling the cake riddle to discover the key to Liv Boeree’s heart
Meet Muskan Sethi: India’s presidential poker ambassador
Then and Now: Daniel Negreanu
A flippin’ fantastic way to enter a poker tournament
Jeff Gross: A momentary pause in the perpetual motion
From the archive: Stages
Moneymaker surveys the world he created
Negreanu continues preparations for PokerStars Players Championship
Then and Now: Andre Akkari
Then and Now: Maria Konnikova