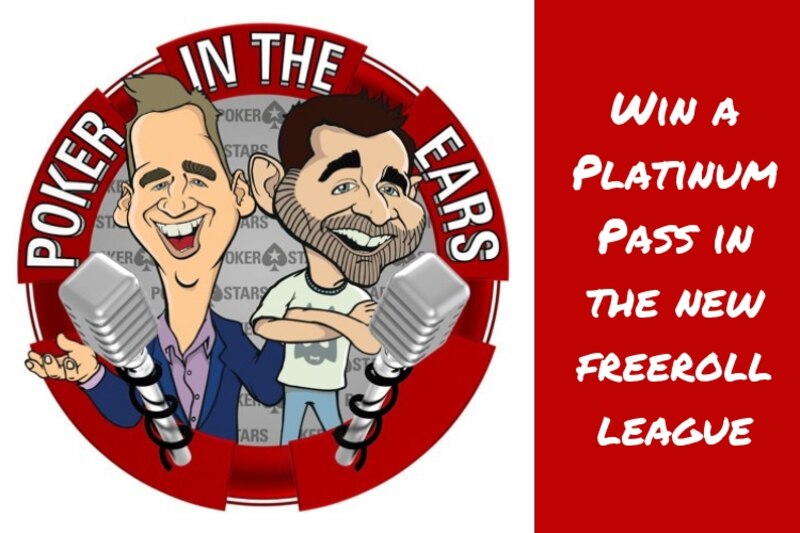 First things first: check out the Poker In The Ears podcast page and download Episode 129. It features Lex Veldhuis, news about the Moneymaker Tour, and a new edition of Superfan featuring Scott Samarel vs. Stapes.

The part you’re really going to want to pay close attention to is the news of the eight-week Poker In The Ears Freeroll League. With a Platinum Pass awaiting whoever comes out on top over two months of weekly tournaments, bounties and cash up for grabs every week, and a second Platinum Pass going to the league’s top KO performer, this is the kind of value you don’t come across every day.

Here are the full details:

The first freeroll in the league is scheduled for this coming Monday, October 1st, so mark your calendars and go download that podcast right now!