None of us had heard of Chris Moneymaker prior to his 2003 WSOP win. But here we are, 15 years later, not only still talking about him, but dedicating an entire week of content to him.

And with good reason. Because what he achieved back then became the inspiration for countless other players.

So who are those other Moneymakers?

Who are the players who turned a satellite into a big win and a long and successful career? 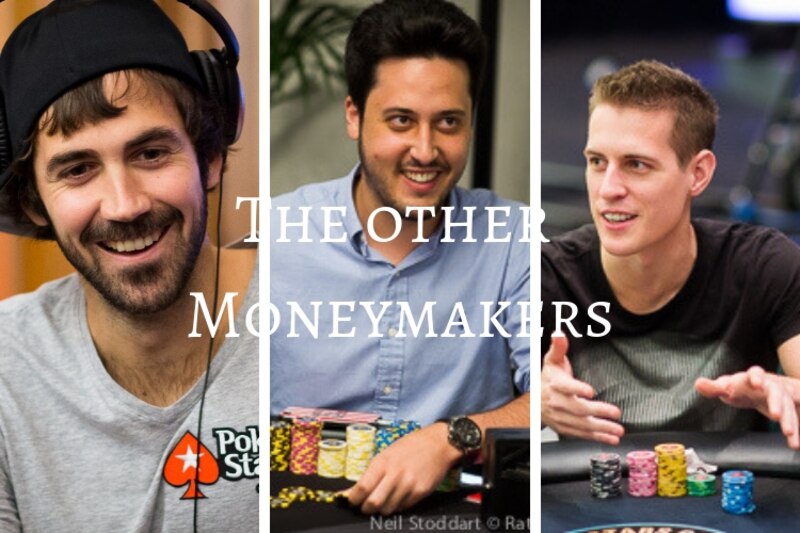 Haxton was a student at Brown University when he decided to concentrate on poker for a year. It was 2006, and he’d already had some success in the game.

Still unknown, he figured he could make $1M by the end of 2007. But a satellite win saw him hit that total quicker than he ever anticipated.

“That summer I decided to play some satellites to the PCA,” Haxton said in an interview with PokerStars.

“I was kind of thinking of it as satelliting into a fun vacation for me and my girlfriend. By the second day of the tournament I was a runaway chip leader, so I was getting asked for interviews.

“It was a much bigger stage than I’d ever been on before, but I had this feeling that my whole life had been training for this.”

Haxton went on to finish second in that tournament, earning $861,000. Since then, he’s become one of the most successful and respected poker players in the world. His career tournament earnings amount to $19.5 million, with countless more won online.

When Jason Mercier qualified for EPT San Remo on PokerStars back in 2008, he had no idea how much the trip would change his life.

Mercier, aged just 21, took it down for $1.37 million and his first ever live cash. Now with five WSOP bracelets, high roller titles, and $18.8 million in career earnings, Mercier is one of the biggest names in the game.

Nobody had ever heard of the 19-years-old Adrian Mateos when he won the WSOP Europe Main Event in 2013.

Fast forward a couple of years, and the Spaniard is considered one of the world’s best players.

Mateos’s victory (worth €1 million) sparked a mini poker boom across Spain. His victory in the EPT Grand Final two years later cemented his reputation as a bonafide wunderkind superstar.

Mateos now has three WSOP bracelets, $15.8 million in career earnings, and a ridiculous amount of titles to his name. It’s hard to believe he is still only 24.

Mike McDonald was only 18-years-old when he won a seat online into the EPT Dortmund Main Event back in 2008. He’d already had a few live cashes outside of the U.S., but his $1.37 million victory truly kickstarted the career of the man known as Timex.

From there, McDonald almost won another EPT (finishing third in 2010, and second at the PCA in 2014), before winning $3.1 million in the space of a week at the 2014 Aussie Millions.

He may have stepped away from playing full-time now to run his own company, but with $13.2 million in live earnings and plenty more won online, the bank of Timex is still in good shape.