We told you it was coming, and now it is here. The 2018 World Championship of Online Poker (WCOOP) kicked off yesterday, beginning more than two full weeks of non-stop elite online poker action.

Here’s the first of a daily round-up of all that’s happening in the world of WCOOP:

• Shawn “buck21” Buchanan made the final table of WCOOP-06-H, finishing in seventh place for $11,463.73
• Shaun “seandeeb” Deeb was one of the first players knocked out of a tournament in this year’s WCOOP, losing his stack with moments of sitting down in WCOOP-02-L
• SCOOP champion, and last year’s WCOOP High Roller third-placed finisher bartek21, leads WCOOP-04-H – $2,100 NLHE into its second day
• Phil “MrSweets28” Galfond lies fourth of 49 left in $1,050 buy-in PLO six-max 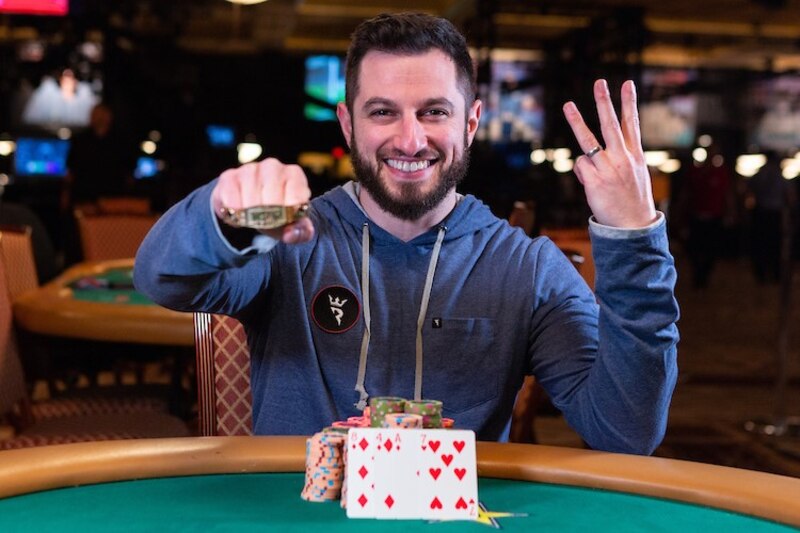 WCOOP-04 — No Limit Hold’em: It’s Sunday, it must be the Sunday Million, and this holds still during WCOOP season. WCOOP-04 subbed in for the regular Million this week, and included a mini version (with a $22 buy-in) and a $2,200 version too.

WCOOP-05 — PLO Six Max For four-card aficionados, Event #5 offers the chance to show off your Omaha skills. There are few better at PLO than Phil Galfond, and the man they call MrSweets28 duly found a place in the top five overnight in the high buy-in game.

All the above 12 tournaments finish today.

Team Online’s Lex Veldhuis had his stocking out over the foot of his bed, and had left a mince pie and a carrot out for Santa Claus, who was dashing across the world dropping WCOOP down the chimney of every good boy and girl. And then it all went wrong…

He did get online in the end, however. And flipped well, as it happens:

That's a flipping nice hand @RaSZi! #WCOOP is go & so is Lex's Twitch stream. Watch him grind the series at https://t.co/IyvlSTGuds. #TeamPro pic.twitter.com/ktDAPV7sBs

Nine tournaments remain ongoing over night, but another 12 start today, in four different variants. Fancy some Omaha 8? Or some 2-7 Triple Draw. You’re well covered. And today’s hold’em events are going to be Win the Button and Progressive KO style.

MORE FROM THE POKERSTARS UNIVERSE

A record breaking EPT Barcelona concluded last night, with victories for Piotr Nurzynski in the Main Event, and Max Silver in the High Roller.

They will be heading back to the online tables to get their WCOOP fix today.