In the marquee matchup of Week 10, the Panthers could not stop the Steelers and Big Ben, who torched them for 5 touchdowns in a blowout. In Tennessee, the Titans stunned the Pats. The Saints crushed the Bengals and improved to 5-0 on the road. The Rams bounced back after their first loss of the season. The Jags lost five in a row and their postseason hopes are circling down the drain. On Monday Night Football, Eli Manning let everyone know he’s still got gas in the tank when he led the Giants to a come-from-behind victory. 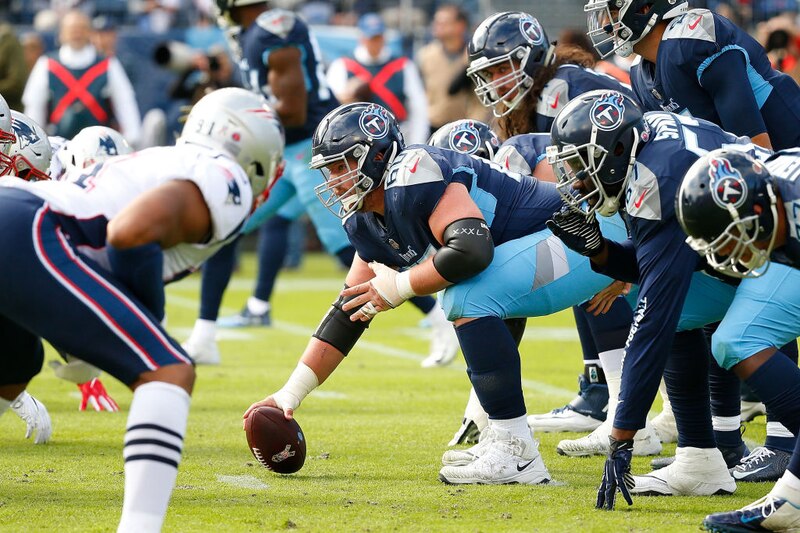 New Orleans Saints 51, Cincinnati Bengals 14… Who Dats beat the Who Deys and the Saints (8-1) improved to 5-0 on the road. The Saints scored four touchdowns in the 2Q en route to a 41-14 blowout in Cincinnati. The Bengals (5-4) got crushed off a bye week too. Drew Brees threw 3 TDs and passed Brett Favre to move into second on the all-time TD list. Michael Thomas scored 2 touchdowns and Alvin Kamara added two more.

#ThrowUpTheX!@MarkIngram22's got nothing but love for @DezBryant!

BACK ON THE TRAIN

LA Rams 36, Seattle Seahawks 31… The Seahawks (4-5) lost another close game, while the Rams (9-1) won another close one. The Rams improved to 5-0 at home this season and won the season series against their division foe. The Rams were propelled to victory by Dante Fowler’s strip sack of Russell Wilson late in the 4Q. Todd Gurley scored again and the RB leads the NFL with 17 touchdowns.

Kansas City Chiefs 26, Arizona Cardinals 14… Not the prettiest win, but the Chiefs (9-1) pulled away from the Cards (2-7). Tyreek Hill scored twice and headed into the stands for both of his touchdown celebrations. Hill got in trouble for the second one when he hopped into a CBS camera well to put the camera on his teammates. Hill wanted to showcase his offensive line, but drew a 15-yard penalty for his antics and the ire of his coach. Mahomes must be losing his edge; he only threw two touchdowns this week.

Another one!@PatrickMahomes5 to the @Cheetah… SIX!

Tennessee Titans 34, New England Patriots 10… The Titans (5-4) shocked the Patriots (7-3). Ex-Pats Dion Lewis and Malcolm Butler got the Titans fired up to beat their old squad. The Titans offense looked good for a second week in a row. Derrick Henry ran for two scores and Marcus Mariota added two touchdowns. With the score 24-10 at halftime, you expected that the Pats would come out fired up for the third quarter. The opposite happened and the Titans D shut out the Pats in the second half. In a rare feat, Tom Brady did not throw any touchdowns as he struggled (21 of 41 attempts) against on the top 5 defenses in the NFL. The Patriots are vulnerable on the road this season with a 2-3 record (versus a 5-0 record at home).

ONCE IN A LIFETIME

Chicago Bears 34, Detroit Lions 22… Da Bears (6-3) jumped out to a 26-0 lead and the Lions (3-6) didn’t know what hit them. Matt Stafford was sacked six times including twice by Kahlil Mack. Mitch Trubisky threw 3 more touchdowns for a career-high 355 yards. The Bears also snapped a 10-game losing streak against NFC North opponents that dated back to 2016.

Buffalo Bills 41, New York Jets 10… The Bills (3-7) scored more points in the first half than the Jets (3-7) had total yards. The Jets lost to a fourth-string quarterback in one of the ugliest losses in recent history. Matt Barkley wasn’t even on the team two weeks ago and he threw 2 TDs in the win. Shady McCoy added two rushing scores. Todd Bowles hopes the Jets put him out of his misery and fire him sooner than later.

SEEN AND NOT SEEN

Cleveland Browns 28, Atlanta Falcons 16… Just when you thought the Falcons (4-5) got their offense together, they go out and get beat down by the Browns (3-6-1). The Falcons only scored 16 points and their D could not stop Nick Chubb. Chubb dominated the Falcons with 176 rushing yards including a 92-yard touchdown run. Baker Mayfield added three TDs with zero interceptions in one of his best outings of the year. The rookie outplayed Matty Ice.

Indianapolis Colts 29, Jacksonville Jaguars 26… The Colts (4-5) held off the Jags (3-6) for the win when Rashad Greene Sr. fumbled late in the 4Q. Blake Bortles threw 2 TDs and didn’t look that bad, but the Jags D failed to show up once again. Andrew Luck picked them apart for 3 touchdown strikes, including two to TE Eric Ebron (who’d finish with 3 total TDs). RB Leonard Fournette returned to action and scored a touchdown, but he was held to 53 rushing yards.

TAKE ME TO THE RIVER

Washington Redskins 16, Tampa Bay Bucs 3… The Skins (6-3) won an ugly game. They gave up 501 yards of offense against the Bucs (3-6), but the Bucs gifted the Skins a victory with four costly turnovers. FitzMagic was nonexistent and he contributed zero touchdowns and three turnovers including two atrocious interceptions and a sack-fumble inside the Red Zone.

LA Chargers 20, Oakland Raiders 6… The Chargers (7-2) won six games in a row and the lowly Raiders (1-8) lost their fifth in a row. The Raiders have now been outscored 75-9 over the last nine quarters of play as Jon Gruden’s nightmare of a season continues. Phil Rivers struggled at the onset, but he gutted out the win and finished with 2 touchdowns. Melvin Gordon schooled the Raiders with 93 rushing yards and 72 receiving yards including a touchdown catch.

Green Bay Packers 31, Miami Dolphins 12… The Packers (4-4-1) cannot buy a win on the road, but they improved to 4-0-1 at home. Aaron Rodgers threw two touchdowns. Aaron Jones put on a clinic and scored twice and ran for 145 yards (plus 27 receiving yards) against the nonexistent Dolphins (5-5) run D.

Dallas Cowboys 27, Philadelphia Eagles 20… Just when you thought the Eagles (4-5) turned a corner, they took two steps back. The Cowboys (5-4) beat them on their home turf. Zeke Elliot ran for 145 yards and scored two touchdowns and Dak Prescott added another TD in the win for the Cowboys. The Eagles offense continued to struggle and only put up 20 points. Carson Wentz found Zach Ertz twice in the end zone, but the Eagles lack of a running game came back to haunt them once again.

GOTTA GET UNSTUCK GAME OF THE WEEK: ELI GASMAN

NY Giants 27, San Francisco Niners 23… Eli Manning showed Monday Night Football audiences that he still had some gas in the tank against the last-place Niners (2-8). Manning tossed three touchdowns and orchestrated a game-winning drive late in the 4Q for the Giants’ (2-7) second win of the season.