The Moneymaker Effect: Where are the 2003 finalists now?

Chris Moneymaker inspired thousands of new poker players when he won the WSOP Main Event in 2003. But in some ways, the quality of his opposition made that achievement even more remarkable.

Almost all were considered among the best in the game. Many of them still are. 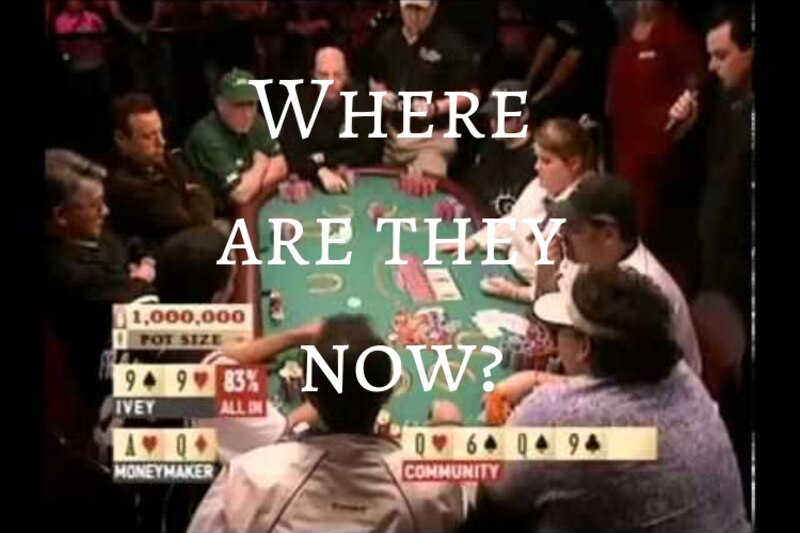 The line of the 2003 WSOP Main Event final was a tough one. Almost all the players involved could count themselves among the best in the game in the years after

So, who were those other players, who tried, and failed, to stop Moneymaker making poker history?

• Chris Moneymaker became an Ambassador for PokerStars soon after his WSOP win. In the 15 years since he’s amassed another $1.2 million in prize money. Most recently he’s been commemorating his 2003 triumph by hosting the Moneymaker Tour for PokerStars.

• Sam Farha finished runner-up in 2003, and his $1.3 million prize remains his biggest tournament cash to date. That’s due in part to his preference for pot-limit Omaha cash games over no-limit hold’em tournaments. Since 2003, he’s picked up two WSOP bracelets. One in Omaha hi/lo back in 2006, and another in 2010.

• Third-place finisher Dan Harrington made the final table of the WSOP Main Event again in 2004, finishing fourth and earning $1.5 million. That was more than twice what he’d won for third place the year before. Afterward he wrote a series of well-regarded books on tournament strategy called Harrington On Hold’em. Harrington was inducted into the Poker Hall of Fame in 2010.

• Jason Lester followed his fourth-place finish in 2003 with a three-year spell of strong performances. That culminated with a third-place finish at the WPT Five Star World Poker Classic along with his first WSOP bracelet, in pot-limit hold’em. He remains a regular at the WSOP, where has since cashed in the Main Event a further five times, including this past summer.

• Tomer Benvenisti finished fifth in 2003. That cash accounts for almost all his lifetime poker earnings. Not too surprising for a cash game player who only plays tournaments that he satellites into. Away from poker, Benvenisti started doing stand-up comedy in the late 2000’s.

• Sixth place Amir Vahedi continued his winning ways into the poker boom. Along the way became the poker tutor to actor Ben Affleck, and accumulated more than $3.2 million in tournament cashes. Vahedi passed away in 2010, age 48.

• As far as we can tell, eight-place finisher Young Pak disappeared into the ether. The last recorded tournament cash on his brief resume was in 2005.

• David Grey added a second WSOP bracelet to his resume in 2005. He remained a regular in high-stakes cash games and later made regular appearances on TV poker programs like Poker Superstars, High Stakes Poker, the NBC National Heads-Up Championship, and Poker After Dark.

• Ninth-place finisher David Singer has enjoyed great success in the last 15 years. He has two WSOP bracelets and more than $4.8 million in lifetime tournament cashes.