While British pros excel in poker games around the world, celebrities from the UK are making just as big a splash in their chosen fields.

From household names on TV shows to world-beating sports stars, here are some of the biggest UK celebrities around today.

It is a good time for British boxing, with some of the best fighters in the country earning title shots and big match-ups, but none of them have a higher profile than Anthony Joshua. When he’s not playing poker during his training camps, the man from Watford has been taking on all comers in the heavyweight division and – more often then not – knocking them out.
After beating Alexander Povetkin at Wembley Stadium in September, Joshua will launch another title defence in April 2019. He has won all but one of his fights so far by knockout, with the only exception his unanimous decision victory against Joseph Parker in March 2018. Considering Anthony Joshua’s in-competition record so far, his next opponent – whoever he is – will be up against it. 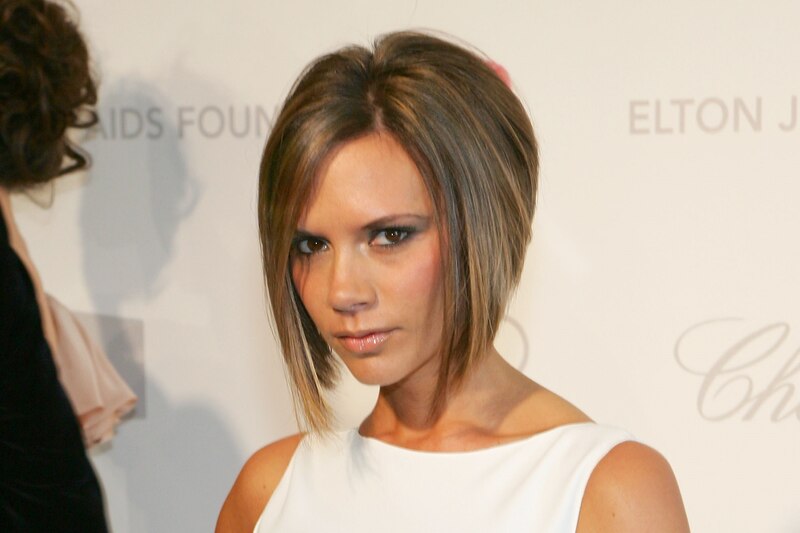 Victoria Beckham and her ‘Poker Face’

Known for her signature poker face, Victoria Beckham is celebrating the 10th anniversary of ‘brand Victoria’ and released a special
anniversary collection to mark the occasion. A founding member of the Spice Girls, she will not be part of their 25-year reunion
tour in 2019, having decided to prioritise her work in the fashion industry.

Beckham also had a solo music career after the Spice Girls first disbanded in 2000 – she released one studio album and a number of singles – but these days she is definitely best known for her work as a fashion designer, where she is a big name in her own right after launching her own label in 2008 and taking it from strength to strength over the last 10 years.

Holly Willoughby is best known as the co-host of This Morning, the long-running TV show for which she shares presenting duties with Philip Schofield, but the former children’s TV presenter has a new primetime presenting gig ahead of her.

Willoughby, who has also hosted Dancing on Ice and served as a team captain on panel show Celebrity Juice, has joined I’m a Celebrity…Get Me Out of Here! as a presenter for series 18. There will have been plenty of competition to replace Ant McPartlin, who is taking a break from the show after entering rehab, but Willoughby was chosen to join Declan Donnelly on hosting duties..

Robbie Williams began his career with boy-band Take That, but now finds himself judging top musical talent in his role on The X Factor. The singer from Stoke-on-Trent, who has been known to dabble in poker games from time to time, has achieved more than most in his solo music career and even performed at the opening ceremony for the 2018 World Cup in Russia. He is now mentoring the X Factor hopefuls in the ‘groups’ category as the hopefuls reach the live performances stage of the competition.

Williams and his wife Ayda Field are friends of Princess Eugenie, and their daughter Teddy was a flower girl at the princess’ wedding to Jack Brooksbank. Take That fans have hoped Williams might be reunited with his former bandmates for their 2019 Greatest Hits tour, but frontman Gary Barlow has suggested the chances of this happening are slim. Jack Whitehall and his classic stand up comedy…

Jack Whitehall regularly performs his stand-up comedy routine to huge audiences at some of the biggest venues in the UK, and the 30-year-old has branched out into TV and film in a big way. In fact, few comedians his age have developed as many strings to their bow.
The London-born comedian, who gained a lot of new fans through his show Bad Education, now has a TV show on Netflix with his father Michael. Jack Whitehall: Travels With My Father saw its second series air on the streaming service in September 2018.

Gemma Collins was not a household name 10 years ago, but the reality star has risen to fame after appearances in a variety of different TV shows. Collins made a name for herself on The Only Way is Essex, joining the cast for its second season in 2011 and remaining a part of the programme ever since.

She also had a brief cameo on season 14 of I’m a Celebrity…Get Me Out of Here!, leaving the show after a matter of days, before featuring on Celebrity Big Brother and a whole host of other panel and entertainment programmes. Collins’ next appearance will come on Dancing on Ice – she will be joined on the show by celebrities such as Brian McFadden and Saara Aalto when it returns to our screens in January 2019.