If you have never lived in a near-constant state of denial, you have never made your idols out of men from Texas circa 1933. You have never come out of a restful night of sleep to find chaos on your phone and been shamefully relieved that it’s not as bad as you might have thought. You have never traced your heritage over and over and been a little proud that you have family lines that cross Texas like a map from Galveston to Lubbock. You probably haven’t spent much of your life wishing you had male dogs you could name Doyle and Willie. You probably haven’t spent a great chunk of your career chasing men who were born 85 years ago…just four months and hours apart from each other.

The past few weeks have have been a little shaky for people of my ilk. It’s not been a month since Willie Nelson (born April 1933 in Abbot, Texas, a town that spans a Texas-sized .6 square mile) couldn’t perform in front of a crowd in Charlotte, NC. He came out on stage twice, the second time looking disgusted and frustrated, ultimately throwing his cowboy hat into the crowd and walking off stage. The promoter said Willie was sick. By morning, half of the internet had written the Red Headed Stranger’s obituary…again. 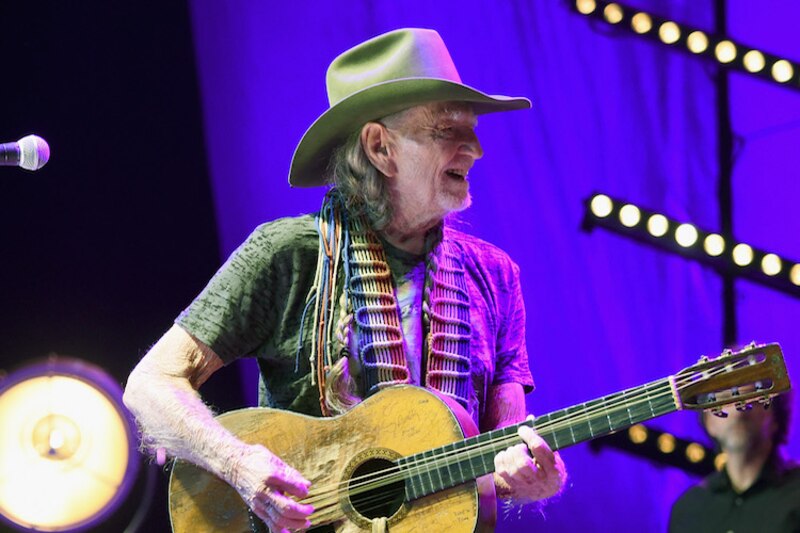 Four months after Texas gave the world Willie Nelson, Brunson was born in Longworth, Texas, a town not too far out of Abilene, and a short four-hour drive from the infant and country-star-to-be Willie Nelson. This week in Las Vegas, Doyle Brunson–Texas Dolly, to legions of friends and fans–announced he was, too, hanging up his hat. Saying his beloved wife Louise was in poor health, Brunson promised the 2-7 event he went on to final table would be his last. He went on to say he was finished playing cash games in Bobby’s Room. Doyle said, it was time–just short of his 85th birthday–to spend some quality time at home. Even if you didn’t hear him say it, you can almost see his trademark smile tacitly noting that his wife was more patient than 99.9% of wives in the entire world. Regardless, that was it. Brunson was saying he’d finally found the end of that long white line. 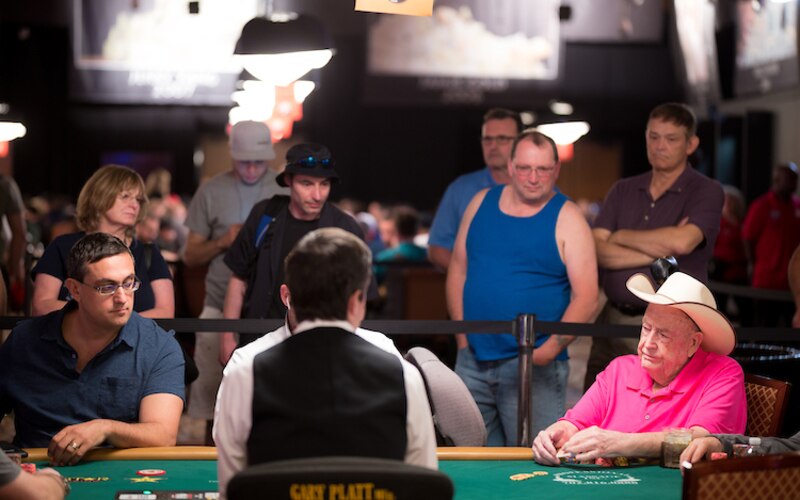 So, within the span of a month, people like me have been imagining a world without two of the best 1933 vintage Texas men. And that’s when the denial starts to kick in. It’s as pure as adrenaline and carries a punch harder than any bad beat.

We–meaning the vast majority of people who might be reading a screen right now–have not known a country music world without Willie Nelson. We have not known a poker world without Doyle Brunson. We don’t know poker books without Super System or a music library without “Hello Walls.” We don’t care to imagine one, and no matter how many news stories about mystery illnesses or retirements pop up on our phones, we’re not going to admit our living legends are in the most purple of twilights. We watch their sons–Todd and Lukas, if you haven’t been keeping up–working to blaze their own trails and still honor a legacy the world isn’t ready to let loose. It’s all happening in real time despite our desperate wish it didn’t have to happen at all. 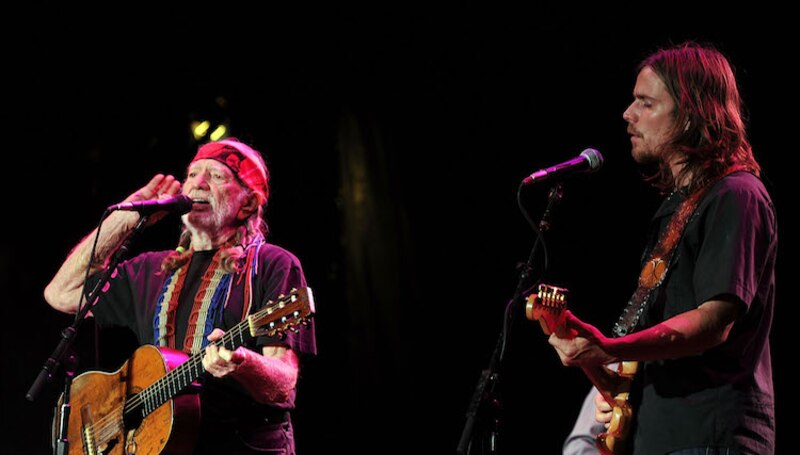 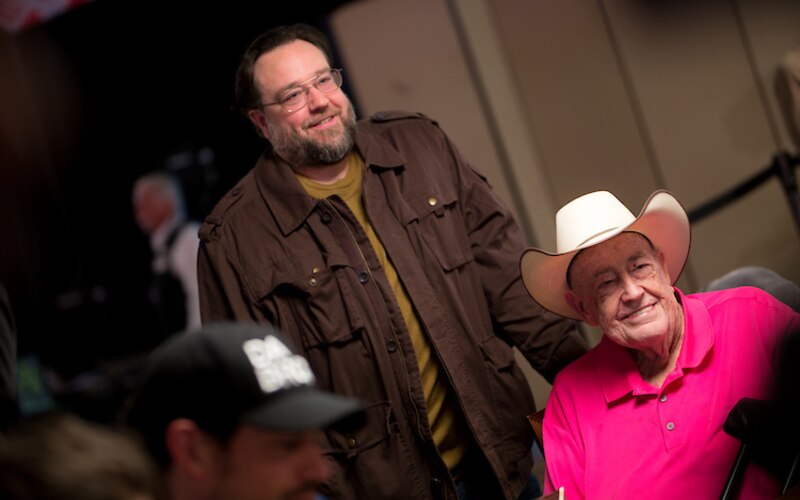 Six years ago, writer Lance Bradley offered what I still consider to be the most poignant of greetings when Brunson arrived at the WSOP.

“Welcome to your house, sir.”

The statement didn’t have to be parsed. As much as the World Series belonged to every poker player, it’s was Doyle’s home. We all just had the honor of an invitation.

I am no one special to either of those men, but they have become special to me because I’ve been inside what amounts to their homes. In an earlier life and career, I sat on the edge of the stage while Willie sang right above me. I was invited onto his bus for a chat. I don’t know a time in my life that I have been as star-struck.

Since then, I’ve worked inside Benny’s Bullpen. I’ve railed Doyle at the Rio. I’ve stood vigil at the door of the card room, hoping like everyone else that Doyle would roll in and surprise everyone. Back in 2012 when Bradley penned the “Welcome to your house” line, there was a large contingent of people who believed Doyle wouldn’t show up. Eventually he did, and the convoy of journalists was so thick as they chased him down the hall, the writers were forced to share notes as they stepped all over each other. I’ll never forget Tim Fiorvanti and Andrew Feldman furiously scribbling as we crushed toward a table hoping for one last and great quote. We ended up with Doyle quipping, “Hope I remember how to win a pot.”

Now, six years later, here Doyle is again, grinding through another final table, accepting fist-bumps from people less than half his age, and saying he’s done…again. 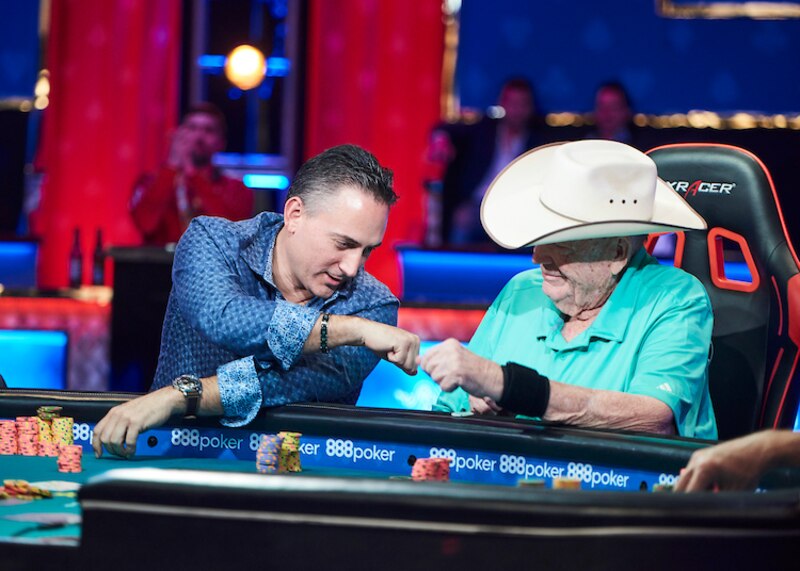 And, damn, that’s selfish of me.

It’s selfish to want the men to continue beyond when they feel they should. Any man of my age should know this as well as he knows that the gray hair in the sink is his own. It’s not lost on me that when I was born, Willie and Doyle were about the age I am now. Before I had a chance to appreciate either man for who he is, they were trying to figure out the best course into the second half of their lives. Put another way, everything I have ever come to know about the two were things they accomplished after they were young 40-something men. Now, some 45 years later, they are heroes to millions of people. I don’t think it’s hyperbole to suggest that it takes a special kind of man–a Texas man, if you will–to build an eight-decade legacy on foundations as small as Tiny Town, Texas. And even a Texas man deserves a well-earned break.

In 2013, one year after we chased Doyle down the Rio hallway, the WSOP dedicated a bronze bust of Doyle Brunson. They invited Texas Dolly to the ceremony where, always ready with a one-liner, Doyle told the assembled crowd, “The trouble with this stuff is they do it right before you die.”

It was a joke, but it was one delivered by a man who has been confronting his own mortality since being diagnosed with cancer as a much younger man. It was a joke delivered in the same vein as a line from Willie’s latest album. The song begins, “I woke up still not dead again today. The internet said I had passed away.”

Like a lot of the men who tried to cross them over the years, mortality has been forced to get up from the table again and again, vowing to fight another day. Doyle is a winner as much as Willie is the red-headed stranger. Both men know how far they’ve come and how short the rest of the road is. It would be pretty low for us to ask them to keep walking.

So, today as Willie says he’s coming back to that stage in Charlotte to sing and Doyle says he’s going home to Louise, I’ll share a line from both men.

In 2013, Doyle–recognizing the inevitable end of his career–paraphrased Dr. Suess, saying “You don’t cry because it’s over. You smile because it happened.”

That was a lot easier to take at the time, because Brunson followed that immediately with “Shuffle up and deal.” He reminded us the dream was about to be over…but that it was still alive.

Now, Doyle is saying that this time it’s really over. That he’s going home. That when we wait at the door of the Rio, we won’t be waiting for him. And when I thought of that, I thought of an old Willie Nelson song about an unmade movie of his life: “This is the part where I cried.”

I honestly don’t know whether to believe Doyle right now or convince myself he’s running a very long bluff. Nevertheless, I feel like a good man would stop speculating and let the man go on his way. That is, rather than hoping and hoping to see Doyle play again, we should just wish him well and say what we all really mean:

Good game, Doyle. It was nice playing with you. 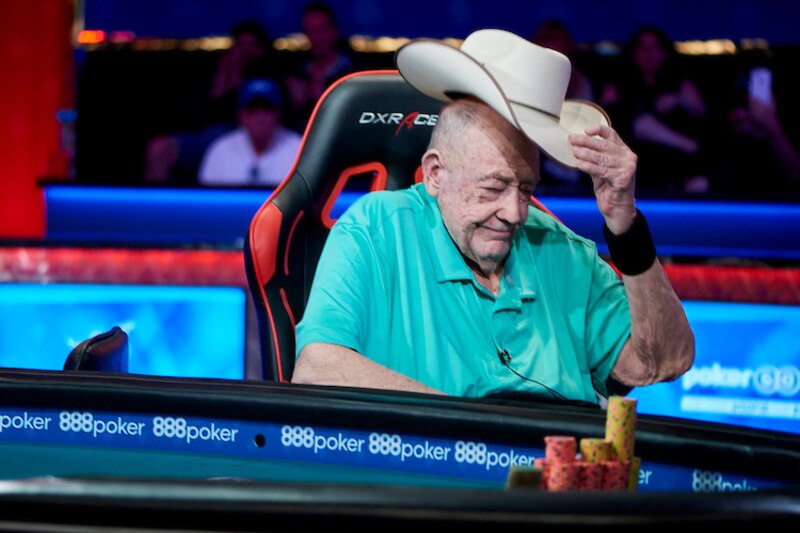