Two days ago amateur poker player Shuize Cai entered his first tournament ever. Today he won it for USD$165,000 and a PokerStars Platinum Pass.

Cai told PokerStars Blog the money he won today will be life-changing, but the truth is, when he uses his Platinum Pass in the Bahamas next year he’ll have a chance to win millions more. 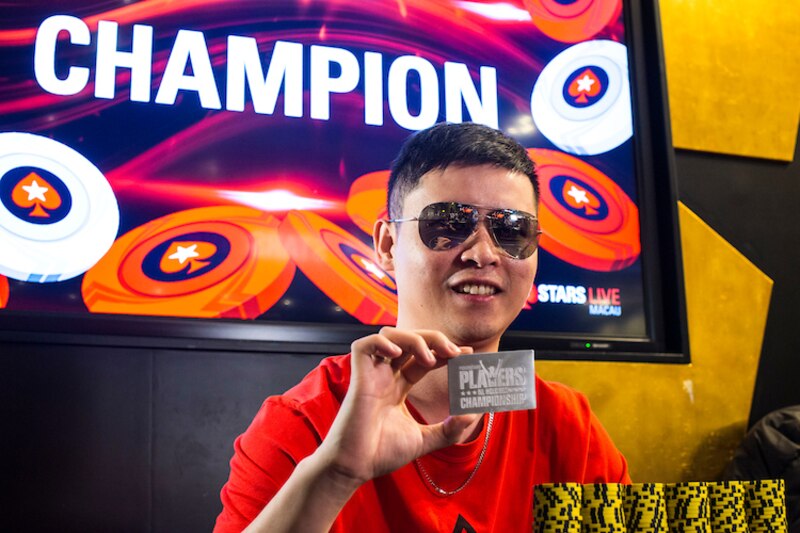 PokerStars is giving out more than 300 Platinum Passes this year through raffles, tournaments, and tons of other promotions. Each of them is worth USD$30,000 and includes a $25,000 buy-in to the Poker Players Championship plus flights and expenses to get the winners to the Bahamas for the 2019 PokerStars Caribbean Adventure.

The icing on the cake is that PokerStars is adding $1 million in extra money for first place in the Players Championship. It’s going to be one of the biggest events of the year and a truly unique experience for amateur players like Cai.

Funnily enough, Cai didn’t even know about the Platinum Pass promotion when he entered the first poker tournament of his life, the APPT Macau National Championship.

“I only found out about the Platinum Pass when I made the final table,” said Cai. “Now that I’ve won it I can’t wait to celebrate.”

Cai said he absolutely loves poker and learned to play with friends for fun. From there he formed a poker group that includes not only his friends but his wife as well. He got most of his experience playing on PokerStars, with friends at home, and in live cash games here in Macau.

He said he’ll be playing a lot more with his team to get ready to compete against some of the best players in the world next year in the Bahamas. His wife also said they’re hoping the whole team can make the trip to cheer him on.

Cai ran through a field of 689 players to go heads-up with Malaysian banker and amateur poker player Yau Shern Yen. Cai started the match at a worse than two to one chip deficit and slipped even further before rallying back to win.

The turning point for Cai was a big double-up when both he and Yen made backdoor flushes and all the money went in on the river. From there Cai didn’t give Yen an inch of slack until the match was over.

Cai’s wife and friends were on the rail for the entire heads-up match and he said having them there played a big part in his success.

“Having my wife and friends here to cheer for me and support me really helped me deal with everything in the tournament,” said Cai.

Tomorrow is the second and final flight of the APPT Macau Main Event and based on his success in the National Championship, Cai’s going to take a shot.

Check out the video interview with Cai below for more on his incredible victory.