You’ve probably noticed something by now. This would usually be the time we’re screaming about the Turbo Championship of Online Poker, making lots of references to Red Bull, and girding ourselves for some breakneck coverage.

And you haven’t heard a peep from us about that.

Turns out there is a reason for that. As you might have read in some forums or elsewhere, PokerStars is trying something a little different. Introducing a pair of flaming tailpipes and…the PokerStars Turbo Series. 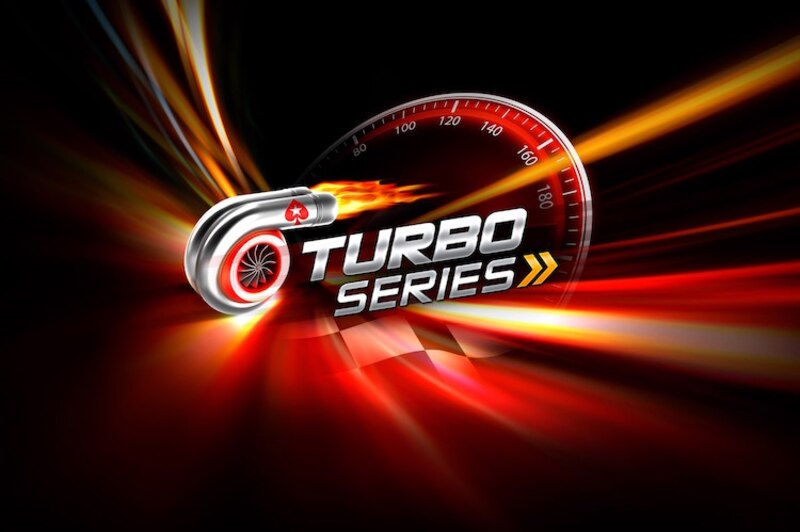 Beginning February 18th and running through March 4, PokerStars will host 74 Turbo Series events with buy-ins ranging from $11 to $5,200. You’ll find more than $15 million in guarantees, not to mention…yeah, we have more to give away…three PSPC Platinum Passes. Both of the Main Event winners will get $30,000 packages to the PokerStars Players No-Limit Hold’em Championship. There will also be a Platinum Pass given out to the winner of an all-in shootout for all Turbo Series players.

And if you want to try to get in on the cheap, you might want to try out some upcoming Spin & Go tourneys with $2.75 buy-ins and prizes that go all the way up to the $1,050 Main Event. PokerStars will be dropping Spin & Go tickets in the occasional Hot turbos. There will also be daily $2.20 satellites to the $55 Main Event with lots of seats added to the prize pool. And if you start playing the events and for some reason don’t cash, PokerStars will also have some second chance freerolls.

So, no, there is no TCOOP this year, but you’ll need some Red Bull, anyway…especially if you want to have a shot at those Platinum Passes!

We’ll have more details and a full schedule coming soon.