Poker in the Ears: With celebrity guest Joshua Malina

LISTEN TO THE LATEST EPISODE

Here’s what’s coming up this week.

James and Joe have received a strongly-worded memo from PokerStars HQ, which could change the editorial direction of the podcast for ever!

This week, they summarise the key results from #EPTPrague, and look ahead to 11 days of live streaming from the #PSPC and #PCA2019, with details of the broadcast schedule (on twitch.tv/pokerstars and youtube.com/pokerstars), plus the forthcoming ‘Mini PSPC’. 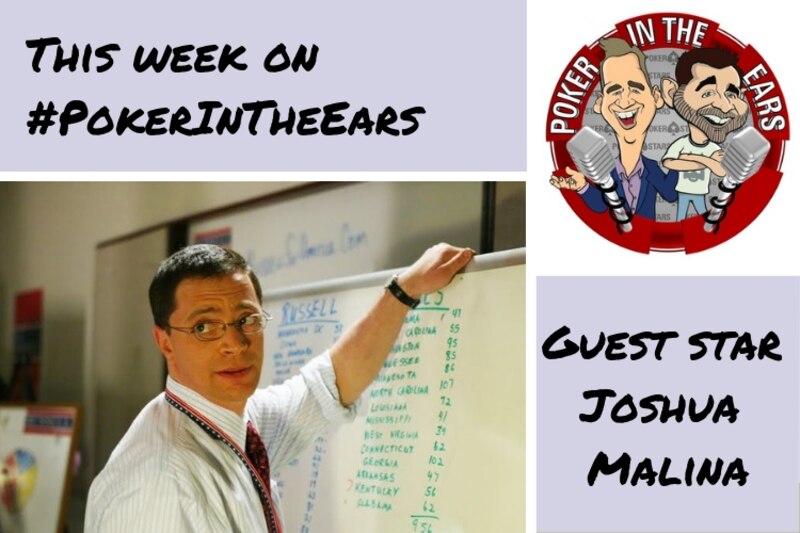 Josh talks about the origins of his poker TV show, with some great behind-the-scenes stories, and gives James the opportunity to geek out about his favourite moments from The West Wing.

Finally, Paul Catt from the UK competes against Joe in a Taxi Driver-themed edition of ‘Superfan vs Stapes’.

LISTEN TO THE LATEST EPISODE

Don’t forget to rate, review and subscribe to the podcast.

#PokerInTheEars will return in late January 2019, after an extended break for Christmas, New Year and the PSPC/PCA.

Poker in the Ears

WCOOP 2022: Quick-fire hat-trick for Chamas as Cowen, Cochrane and Tremzin among late winners