Poker in the Ears Freeroll League: The latest standings

Game 3 of the Poker in the Ears Freeroll League, streamed live on Twitch, saw both James Hartigan and special guest Fatima De Melo make deep runs in the $500 Progressive KO, with Fatima securing five head prizes (and earning herself a ticket for the Second Chance All In Shootout at the end of November).

Meanwhile, Joe Stapleton, currently in Reno with the Run It Up team, was restricted to Play Money activities in the Home Game Club, but still got ridiculously hyper when he made a final table. James also had a moment of over-excitement on the stream, when he achieved his first KO of the series, earning $0.22! 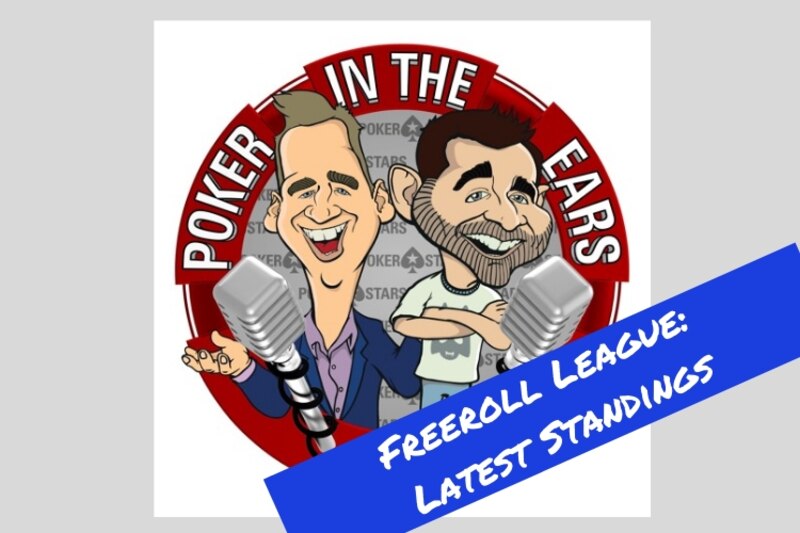 Three freerolls down, five to go. Here are the current leaderboard standings…

(Scroll down, or use Ctrl-F to find where you are on the leader board)

And to find out how to take part in the Freeroll league, click here.