It would be old news to say one of our latest Platinum Pass winners got lucky. Harry Rafikovich already had Lucky, so it feels a bit like a self-fulfilling prophecy. More on that in a second.

Rafikovich, a 33 year-old builder who specializes in building jacuzzis and swimming pools, is the type of guy who will surprise you. Just ask his wife. When our team gave him a call to chat about his new Platinum Pass, Rafikovich’s wife stood in awe as her husband started speaking serviceable English for the first time in front of her. It wasn’t her first surprise of the week. Just a few days earlier, Rafikovich had won the Stars Rewards Players Championship Giveaway, guaranteeing him a seat in the 2019 PokerStars Players No-Limit Hold’em Championship and a trip to the Bahamas. Keep in mind, your man has never played a live tournament in his life.

And then there is the matter of Lucky. Ask Rafikovich for a picture of himself, and this is the first one he’ll pull up. That’s Harry and Lucky…Lucky Luciano (not the…um…godfather of organized crime in America, but instead a very scary looking cat). Get this: the day Rafikovich won his pass, Lucky was celebrating his first birthday (of presumably his first life). You can’t make that stuff up.

Trained as an accountant, Rafikovich picked up poker about 12 years ago but spends most of his time working to keep his customers properly wet.

“Do you need a swimming pool?” Rafikovich inquired.

Born in Armenia, Rafikovich is now trying to figure out just who he will take with him on this trip to the Bahamas…his friends or his wife. 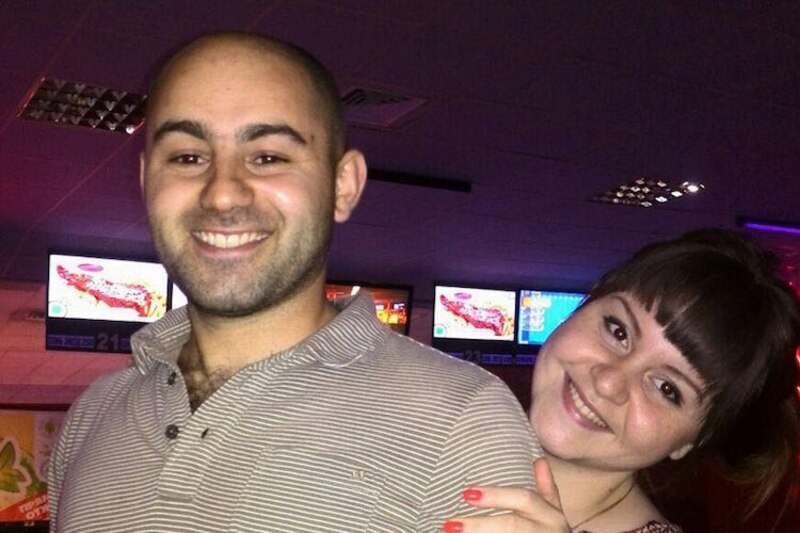 For now, Rafikovich has some decisions to make and some planning to think about. And despite the language barrier, he did manage to offer one bit of wisdom that was easy to understand.

“Thanks to the whole PokerStars team,” he said. “You are the best poker room in the world.”

Thanks, Harry. Your cat is pretty cool, too. See you in the Bahamas.