It was a sick three-way cooler that there was no avoiding, and Darren Millar was on the wrong side of it.

With the Dublin Mammoth title and a Platinum Pass hanging in the balance, the 5♠7♠10♠ flop had given the 38-year-old self-employed builder’s 5♥5♦ three of a kind. That was ahead of Dale Rimmer’s two pair with 7♣5♣, but well behind Janos Jeszek’s flopped nut flush with A♠4♠.

The money went in after 3♥ turn. Things looked grim, but Darren wasn’t worried at all. He knew his card was coming. 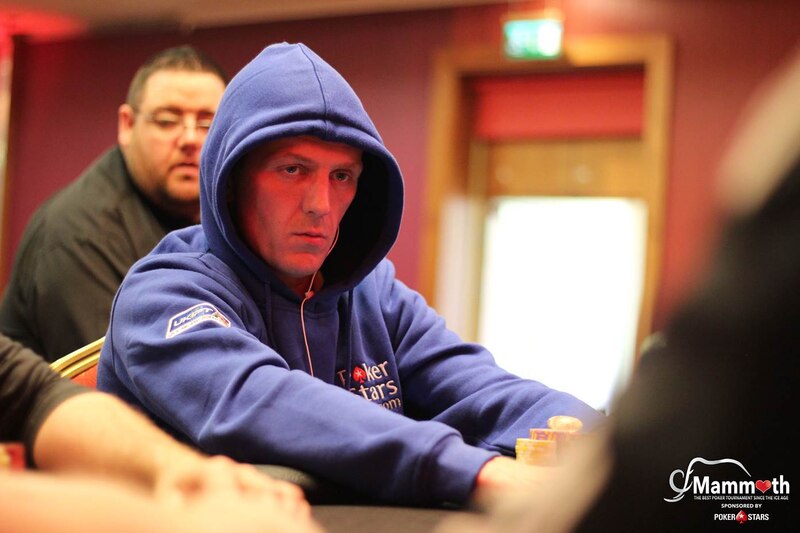 Darren Millar and his guardian angel

See, nine years ago, Darren was playing in a local tournament when he realised something was in his pocket: a small round transparent stone with a guardian angel inside, a gift to him from his wife’s mother before she passed away.

Darren went on to win that night so he brought the stone with him each of the next seven nights. Unbelievably, he won every single night.

“That’s something that’s near impossible, no matter how good you think you are,” says Darren.

So now the angel sits atop his chip stack whenever he plays. Keeping an eye on him. Perhaps even intervening in his most crucial moments on the table. As the dealer prepared to pull the river card from the deck in Dublin, Darren asked aloud for precisely what he wanted: a ten.

And the angel delivered.

The 10♦ gave Darren a full house and 33 million of the 35 million chips in play. Minutes later he was both the champion and the owner of a $30,000 Platinum Pass.

“I knew she’d suck that ten out of the deck,” says Darren. “I rubbed that stone and rubbed it and the ten just… BING. Amazing!”

When Darren Millar takes his seat next January in the biggest $25,000 tournament the world has ever seen, a clear stone will be sitting atop his starting stack. The high rollers had better consider themselves forewarned.