After the deal that saw chip leader Othniel Joseph leave the table (and the room) with no Platinum Pass, but more than $12,000 in cash, there were five left to battle for the trip to the Bahamas. After three bust-outs, we were down to Nitis Udornpim, most recently of Columbia, Maryland, and Hristo Zlatkov from Washington, D.C. proper. Ultimately, Nitis ended up with about 85% of the chips, and a burning desire to eat fried conch on Potter’s Cay, across the bridge from the Atlantis.

Let’s just say that Michael, the guy wearing a uniform and a badge, wasn’t the only person dealing at that table.

Nitis jumped up and stuck out his hand to close the deal. Yeah, I think going to a full six-pack would have been fine…

And Nitis? Well, Nitis and his girlfriend Erin have a date with a plate of fried fish and a cold Kalik seaside in January.

The final six payouts, adjusted for the first deal, the second deal, and daylight savings time: 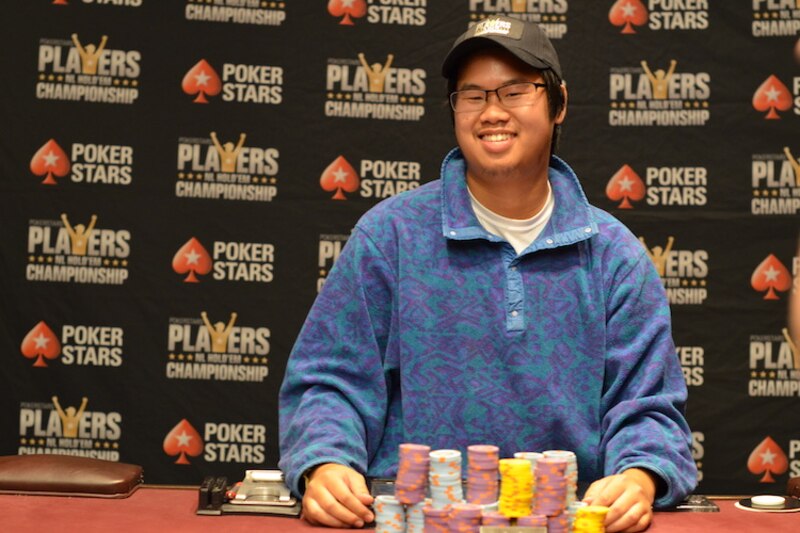 No cards to show – the last hand never happened.