Fusion Poker and VR streams with the PokerStars Twitch crew

There were two brand new releases on PokerStars last week, and if you haven’t checked them out yet, PokerStars Twitch is the place to go.

Fusion Poker and PokerStars VR were both streamed over the past couple of days. Spraggy strapped on the VR headset solo on Sunday evening, while Monday night we saw Spraggy, Fintan, Kevin, Jaime, Felix and Mikhail sit down for a Fusion cash game.

Check out the highlights. 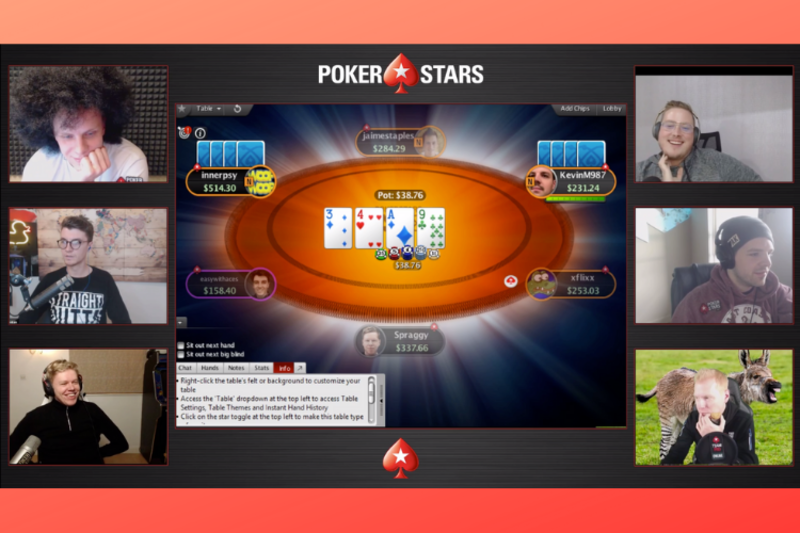 Having turned the low end of a straight on a three-to-a-flush board, Spraggy opted to shove. Could he get his opponent to lay down a better hand?

One thing that VR poker has which regularly online poker doesn’t is the ability to pick up some “live reads”, as shown in this pot.

Spraggy returned Monday night for a bit of Fusion Poker, and this time he was joined by other members of PokerStars Team Online.

In case you’re still not sure what Fusion Poker is, you might want to head here for an explanation.

Kevin Martin’s session started off nicely with a bluff.

As play went on, the guys started to develop their own strategies. Take Jaime’s, for example.

Staples’s strategy was clearly working, as he began to make some fantastic folds.