Did you tune in to watch the Brazilian Series of Poker High Roller live stream last night?

If you did, you were among 16,400 others (a record on BSOP webcasts) who fired up the stream and sat back to watch one of the best footballers on the planet try to take down a poker tournament on his home soil. 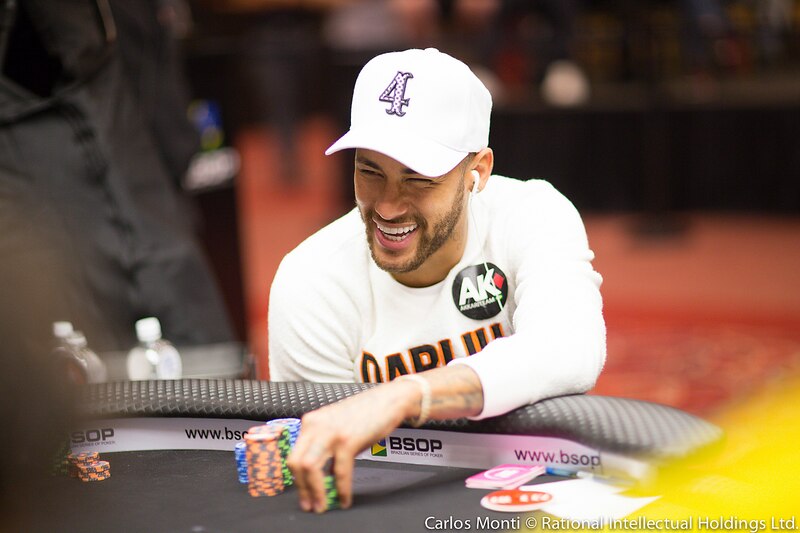 Neymar Jr. entered the BSOP High Roller – a R$7,000 ($1,850) buy-in NLHE event – back on Monday, alongside 287 others. He ended Day 1 with the fourth biggest stack of the 19 survivors, and then made the final table Tuesday, coming into the finale sixth in chips.

Unfortunately for Neymar Jr., and thousands of fans tuning in to watch and root for him last night, he couldn’t improve on that and busted out in sixth place for R$79,440 ($21,470). It would take a flush over flush cooler to send him to the rail.

A big crowd had gathered in the BSOP poker room at WTC Sheraton to watch this final table live, and Neymar Jr. happily spent any time he had in between hands signing autographs and posing for photos with fans. 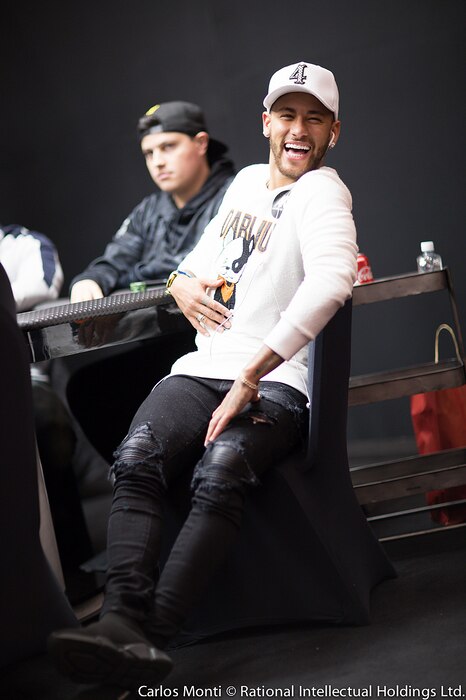 Neymar Jr. talks to his rail

In the end it would be arguably the two most experienced players who got to heads-up. Reigning BSOP Player of the Year Affif Prado – who entered Day 2 as the shortest stack and forged a fantastic comeback – faced two-time LAPT champion Oscar Alache, and the two cut a deal.

Prado had a chip deficit, but battled back to even the counts. The final hand saw Alache all-in with pocket fours versus Prado’s pocket jacks, which held up.

After his victory, Prado spoke to superpoker.br about playing against a superstar like Neymar Jr.

“It was great to see him play, both for the illustrious person that he is, and for the passion he has for the game,” Prado said. “It was cool to see him making plays, because he studies, he watches, and to see the interest of a person like Neymar Jr. for this game is very gratifying. Not to mention the boom this has generated today, this is sure to reflect even more for poker.” “He studies, he watches.” – Prado on Neymar Jr.