If Director of Live Events Marta Norton’s hair looked a little more windblown than usual tonight, she has an excuse even better than the stiff breeze outside. Something just blew by here so fast, we didn’t even know what it was. Turned out, that something was Day 2.

So, that went faster than we expected, didn’t it? At noon today, there were more than 280 players in the Main Event field. Before dinner, there were 120. It was a screaming-fast day that ran smack into a structure that had us stopping at the 120-player mark. Like all things that go faster than expected, a lot of us–myself included–were left asking, “What just happened? Seriously…what?” 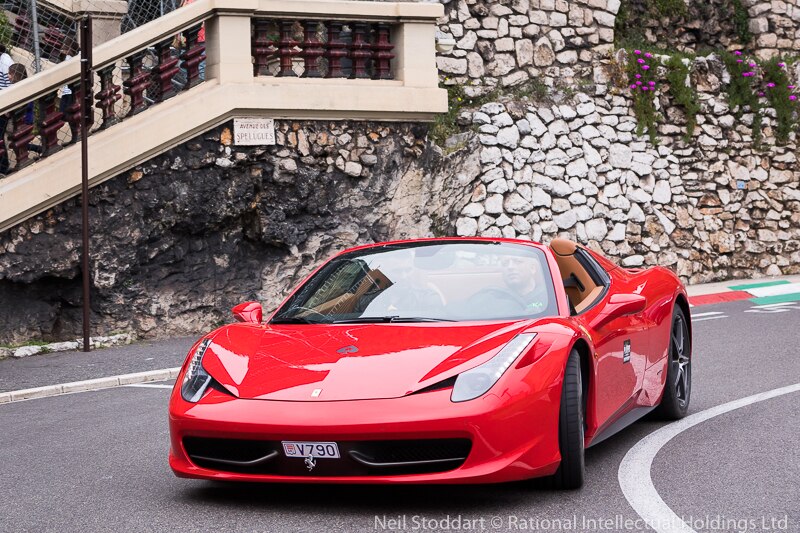 Tomorrow, Day 2 will race a Ferrari on the Grand Prix track. The car is a 2-1 dog

No Day 2 is expected to end by dinner time, but that’s what happened today. We did some quick back-of-the-envelope figuring, and it all started to make sense in retrospect. So, here’s what happened.

Prior to this week, tournament directors set up the structure to add two levels to Day 1, an effort to give people who wanted to re-enter a better chance to fire a second bullet. Everybody knew that math and thought this day would still last between four and five levels.

In addition to that, however, there was a very interesting combination of running this event with both a shot clock and a big blind ante system. That folks, has proven to speed things up quite a bit. If you’ve not yet played a big blind ante tournament, sit back and marvel at the time saved from putting out antes, collecting antes, asking that guy in the two-seat if he paid his ante or not, and kicking the dude in the four-seat and telling him for the ninth time he needs to ante. Combine all of that saved time and reduce the precious minutes and hours taken by Johnny Tanks-A-Lot, and you’ve got yourself a lot more hands per hour, a lot more action, and a tournament day that ends faster than you expect.

So, here sits Marta Norton, and she feels a little bad. She knows that some folks didn’t want a free night and instead wanted to play longer. The structure didn’t allow for it, and the experiments with the big blind antes and shot clocks made things fast. So…what then?

“Have a drink on me,” Norton said.

Well, unlike us blogger folks, apparently the players have been getting one free drink a day from the tourney staff.

“Have ANOTHER drink on me,” Norton said.

That is, tomorrow’s 120 players get a couple drinks on Norton. Please drink responsibly. There’s a lot of money on the line.