The Brazilian Series of Poker (BSOP) will end its 2018 calendar year in the capital of Sao Paulo, running November 27 to December 6 at the World Trade Centre (WTC).

With 43 tournaments in total, headlined by the R$7M guaranteed R$3,500 buy-in Main Event, the BSOP Millions is the largest poker event in all of Latin America. 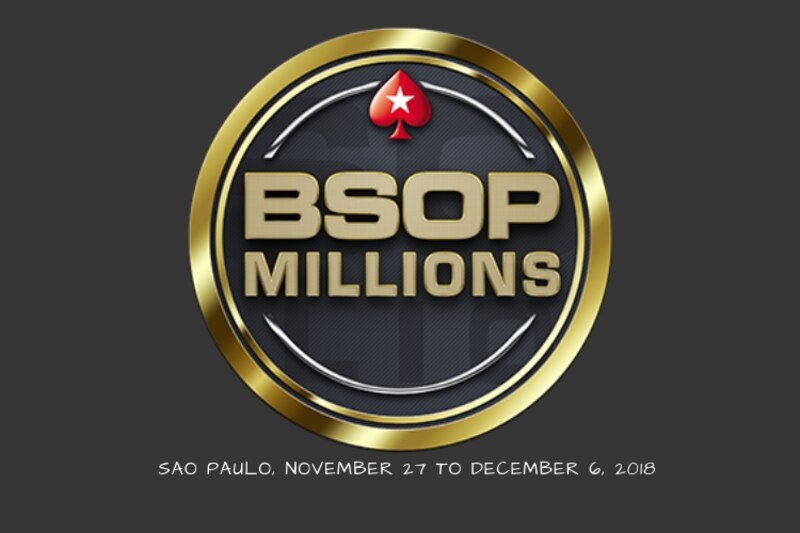 The Main Event champion will receive a guaranteed minimum payout of R$1.2M (~US$300K). If that’s not enough to get you excited, there’s also the R$15,000 buy-in Super High Roller with R$500K guaranteed, as well as four coveted $30K Platinum Passes up for grabs throughout the series.

“The BSOP is a circuit that covers all regions of Brazil and the Millions is the peak of the season, closing the year with a beautiful event,” said Igor Trafane, CEO of the BSOP. “The BSOP started 13 years ago as a tournament among a few poker fans. Now it’s among the biggest poker events on the planet, with more than 15,000 entries expected for the Millions festival.”

Fancy heading to Brazil? Online satellites for the BSOP Millions are now available on PokerStars.

You could win your seat to the BSOP Millions on PokerStars. Click here to open an account and get started.