While the PokerStars Blog team has been busy at EPT Barcelona, PokerStars Team Online’s Lex Veldhuis, Felix ‘xflixx’ Schneider, and Kevin Martin have been putting in work of their own. And over the past couple of days, they’ve all enjoyed some big results.

We’ll start with Veldhuis, who enjoyed a very deep run on Sunday in the biggest weekly online tournament, the Sunday Million. At one point he had an incredible 19,000 viewers! 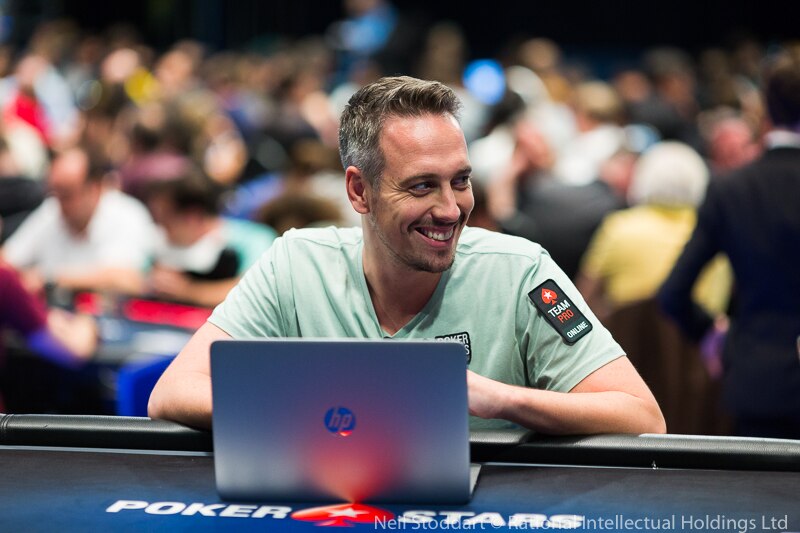 Rewinding back before he reached those dizzy heights, the Milly run all kicked off with a triple up. As Fintan Hand would say, it’s easy with aces:

By the time they’d reached just 29 players remaining, deep into the money, Veldhuis found himself the short stack. He did enjoy a double up with big slick though:

But once again, as the tournament got deeper things didn’t run so smooth and Lex found himself one of the shorties. He’d enjoy a double up with K♣10♣ over pocket eights:

He’d lose a coinflip for his tournament life though, busting out in 12th:

GG Lex, and congratulations on a huge stream.

Felix Schneiders had a great start to the week, qualifying for the Hot $162 for just $16.50. That satellite investment turned out to be a very lucrative one, as he’d go on to finish second for a $2,383.73, outlasting all but one of the 91 runners.

So sick! Qualified for $16.50, cashed for $2.383 and peaked at 1100 viewers on stream. Best community ever! Next time we’re gonna take it down pic.twitter.com/aWVQTIAymg

It was only a few weeks ago that we told you how Kevin Martin had won two live tournaments in his hometown of Calgary within a very short span.

He’s now back in the winner’s circle, chalking up another $49,700 score by taking down the Deerfoot Poker Room’s Summer Super Stack Main Event.

My summer of live poker in Alberta.